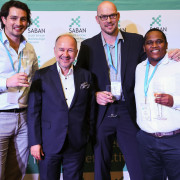 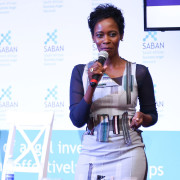 There is light ahead on the tough, dark road faced by local entrepreneurs, with the launch of the South African Business Angel Network (SABAN), a professional association for the early stage investor community reports Linda Doke for itweb.co.za

SABAN is part of the African Business Angel Network (ABAN), a pan-African non-profit organisation founded to encourage and support the development of early stage investor networks across Africa.

SABAN co-founder Chris Campbell said the organisation aims to provide a link between the local entrepreneurial ecosystem and investors, and grow a body of investors that can benefit from the strength of networking and collaboration.

Campbell is an SA-based entrepreneur who decided to replicate the work of EBAN (European Business Angel Network) in South Africa.

“The association will be set up as a trust, registered as a non-profit organisation. It will be an industry body which aims to galvanise and grow angel investment in South Africa. The keyword is collaboration – the creation of an angel investment ecosystem relies on successful networking,” he said.

“There is strength to be gained in working together, particularly through a collaboration of minds and experience. It is highly risky to invest in a start-up as an individual. Through collaboration, angel investors reduce that risk,” said Altuntas.

“Knowledge, mentorship and networks differentiate business angels from other investors – they contribute their know-how, provide mentorship, and share their own networks to give the start-up the injection it needs. Angel investors are not just providing money, they supply smart finance.”

Altuntas referred to business angels as the leaders of the world’s early-stage investment market.

“In 2015 alone, about 300 000 angel investors in the US invested more than $25 billion in start-ups and SMEs. In Europe, it was €6 billion for that same period. It is estimated that the global market worth of angel investment already exceeds US$50 billion annually,” said Altuntas.

Entrepreneur and SABAN advisor Vuyisa Qabaka believes that while the supportive environment for entrepreneurs in South Africa is gradually growing, the country needs more risk-takers to put money together towards talent.

“Talent should never have to look for money. Talented people with great ideas should be able to have a few conversations with the right people, in order for money to come to that talent. In South Africa, the access between entrepreneur and investor has been limited. Through SABAN, that gap will be bridged,” said Qabaka.

“What has been missing in our country’s entrepreneurial ecosystem has not been the creative ideas, energy or passion, but collective engagement. If SABAN can create the networking links across South Africa, we can partner and engage the African and European business angel networks to share ideas and ways to create even more opportunities for investment and for the creation of wealth for all,” said Mothupi. 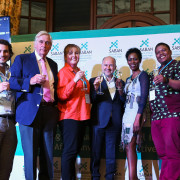 Written and published by Stephen Timm on smallbusinessinsight.org

Speaking on Thursday at the Cape Town launch of the South African Business Angel
Network (Saban) Entrepreneur and SABAN advisor Vuyisa Qabaka (pictured below) said while the venture capital (VC) ecosystem is growing and the state is supporting this with the Section 12J tax incentive (see this post), South Africa needs more risk-taking investors. 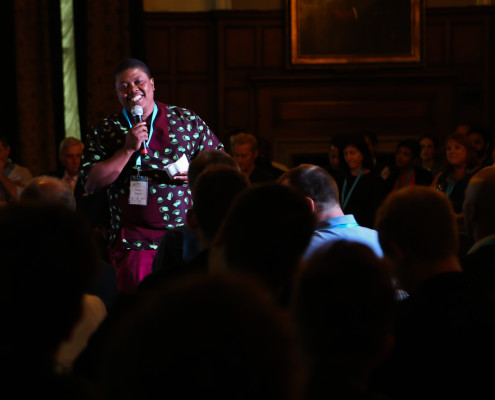 Qabaka added that while many white communities had friends or family who might be able to help seed their businesses, black entrepreneurs had few such people to approach for investment. “The question I have to ask is who is their uncle?”

South Africa has about 49,000 dollar millionaires who could potentially help seed new businesses and create jobs. In the US each angel investment added an average of 3.6 jobs, according to a 2014 estimate.

A 2015 report said 55 angel investments collectively valued at R42.5 million ($3m), were concluded in South Africa between 2011 and 2015. However the report likely failed to capture the large number of deals which are concluded under the radar. 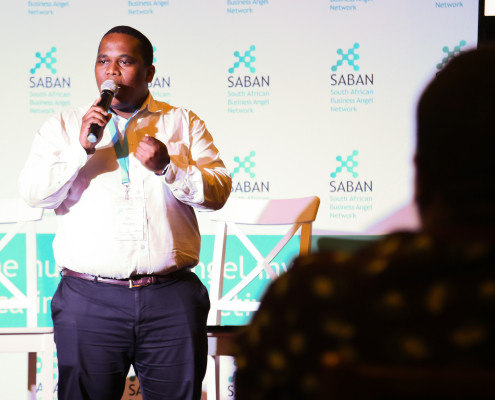 As a private equity fund manager he sees an increasing amount of money is chasing fewer deals. Angel investing could therefore help seed a pipeline of deals, some of which could later migrate to receive private equity investment.

Hlophe says SABAN aims to bring together and accredit angel groups, allowing angels to invest together and in so doing find and validate better deals and lower their risk by spreading investment across various deals.

He says the organisation plans to run a set of angel masterclasses early next year. The group is in the process of registering as a non-profit. 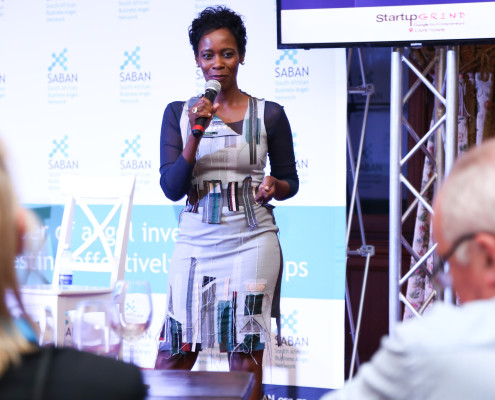 Angel investor Audrey Mothupi has in the last two years funded a number of small businesses, including a Diepsloot gas distributor who has grown his business to employ 50 people today.

Two years ago she cashed in on her shares that she was given in Liberty Life while she was working at the company, to fund her angel investing endeavours,

Mothupi said missing in South Africa is a collective engagement about what “I can do”.

Turkish incentive
Perhaps a lesson is to be had for policymakers, in Turkey. A 2013 law allows angel investors a 75% corporate tax reduction should they hold company shares in recipient businesses for at least two years. It’s the biggest such tax exemption offered by any country in the world.

In addition angel investor can get 50% of their investment, matched by a $200m government co-investment fund, in which the government will provide an equity-free investment in a beneficiary.

Further to this the Turkish stock exchange Borsa Istanbul in 2014 launched an online matchmaking platform.

The “Private Market” platform (www.bistozelpazar.com) allows entrepreneurs to find angel investors that have been registered and accredited by the stock exchange. It offers companies the opportunity to raise finance without going public while allowing company partners to sell their shares, and investors to liquidate their investments.

In the first half of 2015 the amount invested in early-stage investments grew by more than 200% compared to the same period in 2014, with the number of investments growing from 22 to 33, according to a tech blog.

‘Invite all players’
Altuntas, an entrepreneur who took part in the Turkish edition of Dragon Den, said back in 2010 he knew next to nothing about angel investing but ordered many books from Amazon.com on angel investing to learn more.

Later he met with President Recep Tayyip Erdogan to advocate for the incentive. His advice for convincing policymakers? “You have to find simple words to convince them.”

“I think Saban has to invite all market players to the same table – the stock exchange, the government – someone has to do it. And creating such an ecosystem will leverage the market in a very short period of time,” he advises.

Incentivising those with money, connections and experience to invest in start-ups or helping angel networks to set up (see this post) can only help small businesses in emerging economies to make a bigger impact. More governments should listen up. 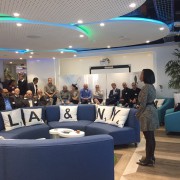 South Africa’s pursuit of a more equitable and growing economy requires exponential growth in entrepreneurial mindset and endeavour. Angel investors have a critical role to play in achieving this growth – they bring the networks, acumen and access to financing that catapults new businesses forward, dramatically increasing their chances of success.

SABAN co-founder Chris Campbell explains that, “SABAN has been established as a non-profit, industry body to galvanise and grow Angel investing in South Africa.” Angel investors are typically high net-worth individuals who invest their own money in start-up companies in exchange for an equity share of the business. “Since the 2008 global financial crisis there has been phenomenal increase in the quantity and quality of Angel investors around the world – we are lagging behind in South Africa, to the detriment of our entrepreneurs. We need SABAN and other initiatives to change this narrative.”

Audrey Mothupi is unequivocal when she says, “Angel investing is the new normal, nothing creates impact and change than bringing passionate investors together with innovators from all walks of life – the one enables, and the other makes a dream a reality. Angel investors make tomorrow a reality today when that great innovation comes along. I am so proud to be part of the South African Business Angel Network, SABAN brings hope to all the great young innovators and, most importantly, has the ability to link local and global angel investors at a time when the world needs more inclusive globalisation to drive growth and impact.”

Go to www.saban.org.za/ctlaunch or contact Chris Campbell – chrisc [at] socius.ch

Wall of Fame for Technology Enabled Businesses in the Western Cape

Another exciting development for the SABAN launch is that the SA Innovation Summit will introduce and announce the opening of nominations for the Wall of Fame for Technology Enabled Businesses in the Western Cape. The nomination process will open on 10 November 2016 on SA Innovation Summit’s website (www.innovationsummit.co.za). The Wall of Fame aims to develop, through business community involvement, an aspirational culture for becoming technology entrepreneurs. 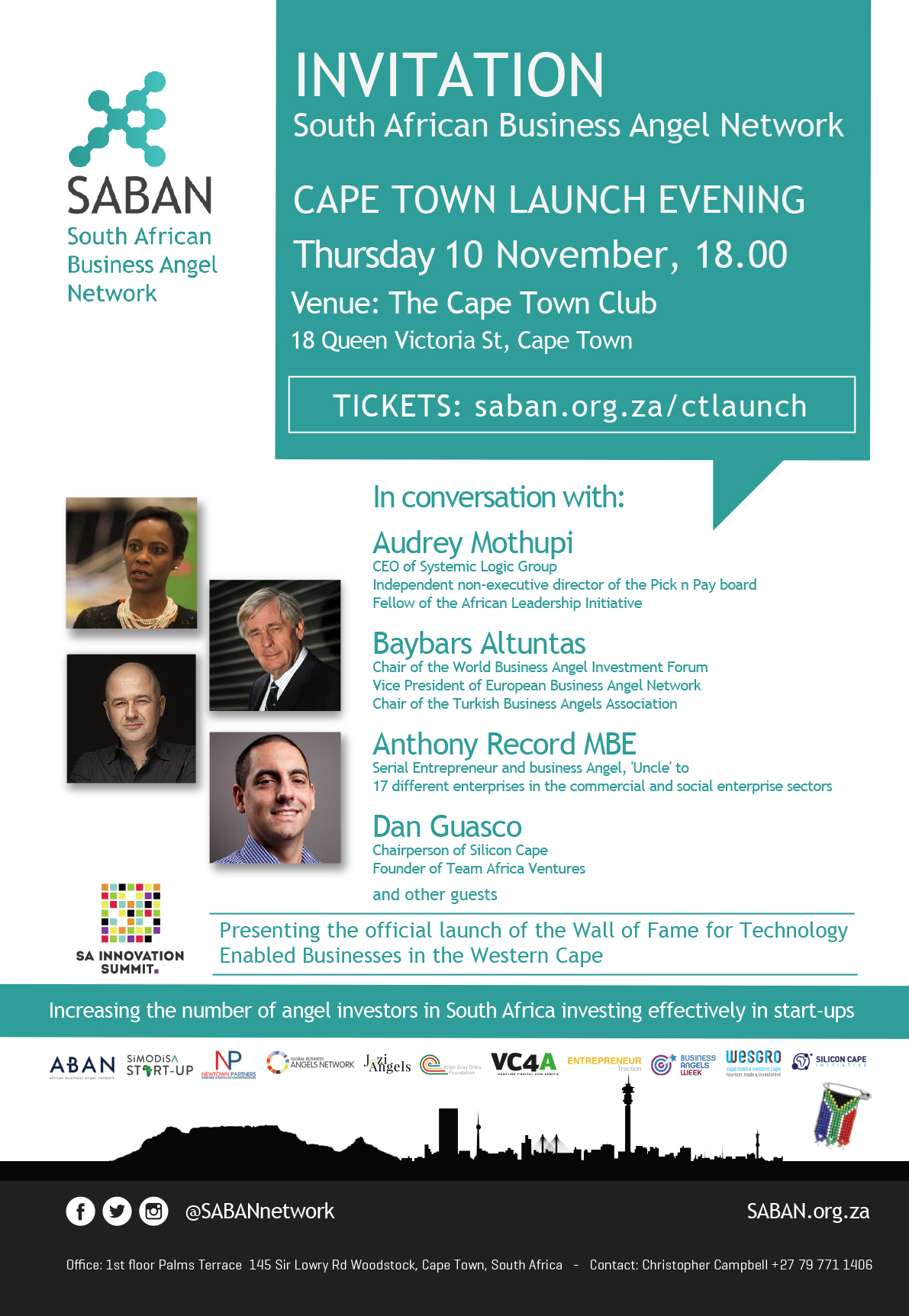