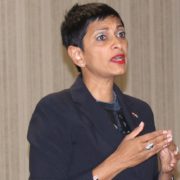 Why are there so few women angel investors in South Africa? It’s a question that continues to puzzle local venture capitalist Andrea Bohmert.

“I would love to have the answer to that question, because I don’t have it,” said Bohmert, a partner in venture capital (VC) fund Knife Capital.

Bohmert was speaking at a women in angel investing event hosted by the SA Business Angels Network (Saban) last night at FNB’s offices in Cape Town.

She pointed out that just one of the 24 investors in Knife Ventures — Knife Capital’s VC company approved by the South African Revenue Service (Sars) in August last year — is a women.

“I am convinced that women have better networks (than men)… but that they are worse at using them,” said Bohmert, who added that women are also not good at asking for advice.

She said one of the biggest hurdles is that women believe that they need a lot of money to be an angel investor.

Govinder is a deal leader at angel investing network Rising Tide Europe and head coach at the Swiss Commission of Technology and Innovation (CTI).

The angel investing group’s Swiss chapter has 93 women currently who each invest a minimum of €10 000. The group was set up at the beginning of last year. She said one of the biggest enjoyments of angel investing is seeing entrepreneurs grow and later sell their companies thanks to initial investments from angel investors. 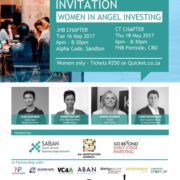 The “Women in Angel Investing” Session in CT was hosted by Innovation Summit, GoBeyond Investing and SABAN on May 18th.
Women Investor groups are becoming more economically active in SA. Awareness of Angel Investment class is key. 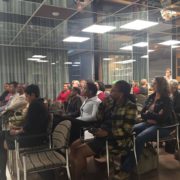 The “Women in Angel Investing” Session in JHB was hosted by Innovation Summit, GoBeyond Investing and SABAN on May 16th. 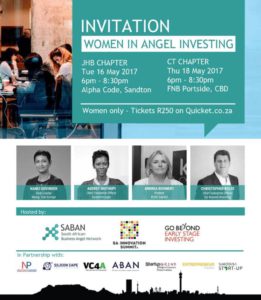 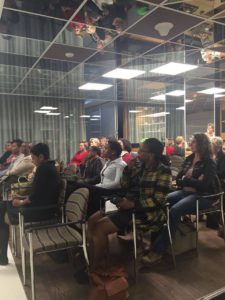 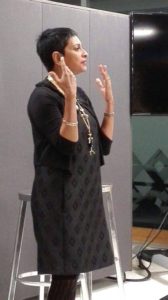 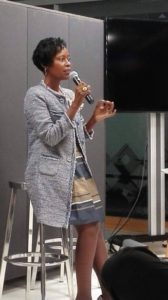 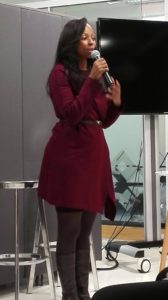 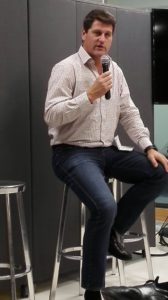