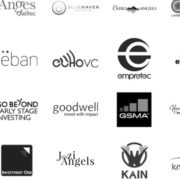 He was speaking to Ventureburn ahead of the fourth annual African Angel Investor Summit (AAIS2017) set to take place on 15 to 17 November at Workshop 17 in Cape Town.

Campbell said while he didn’t have numbers in front of him to point to, he said he had anecdotally seen “phenomenal growth”, with African Business Angels Network (ABAN) membership now at 63 angel groups, up from perhaps fewer than 10 such groups four years ago.

‘African Business Angels Network membership is now at 63 angel groups, up from perhaps fewer than 10 four years ago’

“Sourcing the best digital innovators from across the continent, the XL Africa team will introduce 20 companies ready for Series A funding and poised for global success,” says the site.

The conference will also include a tour which aims to provide those attending with an introduction to Cape Town’s tech ecosystem and with access to the entrepreneurs and leaders building the sector, while being spending a day being hosted by industry experts who are embedded in the community.